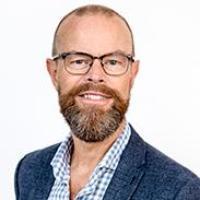 I am the head of FAOS, Research Center for Labor Market and Organizational Studies. My research has a national as well as an international dimension. National because we at FAOS focus on the Danish employment relations system – i.e. collective bargaining and the relations between employers’ associations and trade unions. Therefore, my research is rooted in Danish labor market regulation and the dissemination of this research, not only to the academic public, but also to decision-makers and the wider public. At the same time, my research is international, as I publish internationally and collaborate with foreign colleagues in a number of different areas.

My research focuses on the renewal of collective agreements, how bargaining systems change or remain stable as well as the role of employers and trade unions in these processes. Theoretically, it is mainly based on institutional theory and how institutions change or remain characterized by continuity. In particular, I have focused on agreements in the private labor market. I also focus on areas that present special challenges for the Danish employment relations system. For instance the relatively large number of Eastern and Central European migrant workers who have come to Denmark to work, as well as the related debate on social dumping. In recent years, I have also dealt with the emergence of platform work.

Over the years, I have participated in a large number of Nordic and European research projects, but in the last few years, I have also collaborated with Australian colleagues. It gained momentum when we successfully applied to KU and the University of Sydney for the so-called Partnership Collaboration Awards. This has led to cooperation on collective bargaining and wage regulation in the two countries.