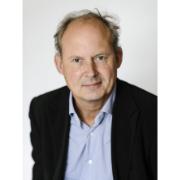 Study management
Head of line of educational specialization in ’Organisation, labour market and management’ (2004-)
Head of Ph.D. study (2005-2006)
Responsible for accreditation of the BA and MA education in sociology, 2012.

Permanent guest lecturer at various other courses at the University, for example, the course 'Danish Society' (BA), 'Theories about European integration and Denmark in the EU, ‘Jean Monnet Lectures on' European integration and labor market ', etc.
Around 35 completed MA since 2001. Mainly within the EU and within labour market and organisation.
Internet-based teaching and in 2010 ran a purely Internet based course ('Industrial Relations'). The course was based on the video filmed lectures / presentations.

Before 2007 also extensive participation in a number of different international conferences. Research in Belgium, Germany and the Netherland in connection with collection of empirical data.

Research evaluation and review
Participation in a number of assessment committees in connection with staff recruitment (both as chairman and member, at different universities)

Consultancy
I have been consultant for a number of trade unions and employers associations.